The artisan appeared small in the middle of the giant mosaic, face almost touching his work, moving an inch an hour across the courtyard. The princess watched him from her balcony as he crouched down, laying out the tiny tiles in an abstract pattern. He was like a hunched animal grazing on a field of green and blue squares.

Once she threw down one of her diamond earrings just to see what would happen. He continued placing tiles even as the second earring pelted off the rags on his back.

Why are you watching him? one of the ladies-in-waiting asked from the doorway.

He’s an animal, the lady said. Come have tea.

Suit yourself. The lady was gone. The princess took a gold coin from her purse and threw it down so it landed right in front of the artisan.

By the third one the artisan stopped laying out tiles and picked the coin up with his dirty fingers.

It glinted in the sunlight.

He turned his head and looked back over his shoulder, up at the princess. She stared down. They stared at each other, frozen for minutes. Eventually the princess rose and withdrew back into her chambers.

This scene repeated itself every day for weeks. As time passed the mosaic turned from an abstract color study into a giant portrait of the princesses’ staring face. But when he got to her neck the tiles turned blood red with her elegant fingers clutching her throat. There were drips of blood laid out in tile staining her tile dress. That’s horrid, the queen said. I won’t have it. We’ll have him executed.

No, we won’t, the princess said. But the queen was gone, and the artisan was overpowered by all the king’s men and dragged to the dungeon. The princess left her room for the first time in weeks and went down to the courtyard to see the unfinished morbid masterpiece up close.

Some unused tiles were scattered along with the artisan’s tools. She picked up the trowel and ran her fingers over the blade. Then, with a sudden motion, she drew it quickly across her throat. The ladies all came running as blood sprayed from her neck. Their gowns soaked in crimson as they lifted her from her knees and dragged her bleeding to the king’s physician, who tried to stanch the blood.

For days the princess lay in recovery, neck wrapped in bandages. The king had the courtyard paved over with cobblestones. At night the princess walked to her balcony and stared down at the empty courtyard, her face pale and gaunt.

One night she stole down the stairs and continued all the way to the south tower where a long hallway led to the dungeon. She moved quietly down the hall, her bare feet on the cold stone, blood-stained bandages trailing behind her. When she reached the door she stopped and pressed her face against it, listening. Someone’s breath rasped on the other side of the thick oak.

Suddenly there was a scream from inside that sounded demonic and the princess started, almost falling. But she went and fetched the keys from the jailer’s hook and twisted them in the lock all the same.

When she opened the door she could just make out a figure in the darkness, crouched and staring up at her. They locked eyes and the princess remained motionless as the figure rose to his feet. She could see it was the artisan but he was scarred and bearded now with a strange fire in his eyes. He stood before her in his dirty rags, his hair wild.

You and I will rule this kingdom, she said in thin voice. Come with me. She turned and he limped after her, down the hallway and up the stairs to the royal chambers, stopping only to get his sharpened trowel along the way. 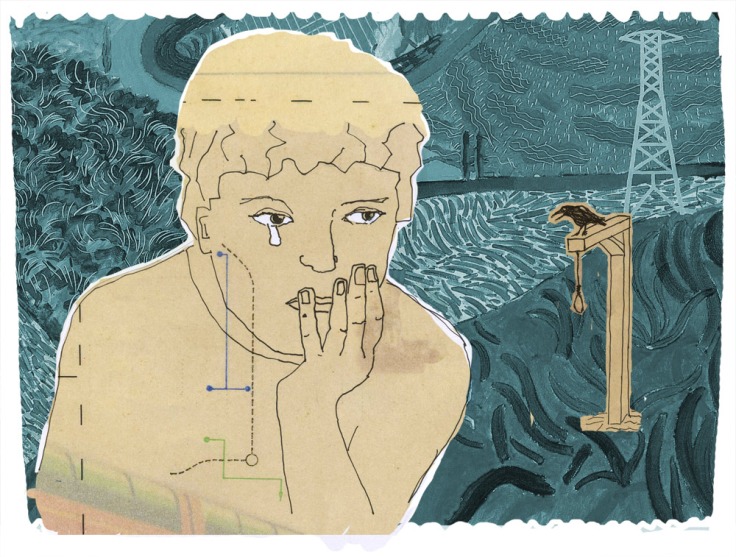 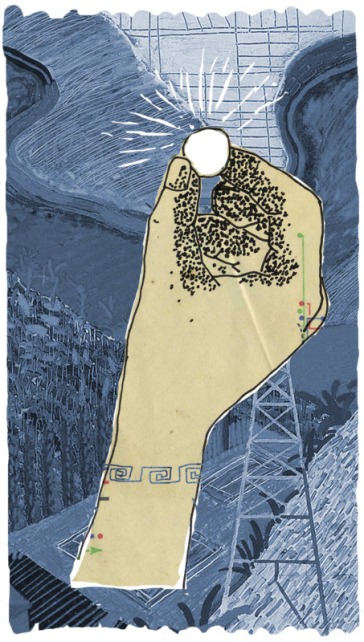